Théophile Gautier Sep 25, 2021 Théophile Gautier
Example in this ebookChapter 1A few weeks ago (April, 1840), I happened, in an off-hand manner, to give utterance to the following phrase:—"I should like to go to Spain." Five or six days afterwards, my friends had suppressed the prudent "I should like," with which I had qualified my wish, and had told every one who chose to listen that I was about to undertake a trip to Spain. This positive formula was soon followed by the interrogation, "When do you set out?" while I, without thinking of the obligation under which I was placing myself, replied, "In a week." At the end of the week people began to manifest some astonishment at seeing me still in Paris. "I thought you were at Madrid," said one. "What! come back?" asked another. I saw at once that I owed my friends an absence of several months, and that I must pay the debt with the least possible delay, unless I wished to be mercilessly pursued, without a moment's respite, by my obliging creditors. The lobbies of the theatres, the various asphaltic and bituminous pavements of the Boulevards, were to me forbidden luxuries for the time being. All I could obtain was the grace of three or four days, and[2] on the 5th of May I commenced relieving my native land of my importunate presence, by scrambling into the Bordeaux diligence.I shall pass very rapidly over the first few posts, which possess nothing worthy of observation. Right and left stretch all kinds of crops, streaked like tiger or zebra skins, and bearing a most satisfactory resemblance to a tailor's book, in which are pasted his various specimens of trowsers and waistcoat patterns. Although these kinds of views are productive of great delight to farmers, landlords, and other worthies of a similar stamp, they afford but meagre entertainment to the enthusiastic and graphic traveller, who, spy-glass in hand, sets out to note the peculiarities of the universe in the same manner as a police agent does those of an individual. Having left Paris in the evening, my first impressions, after passing Versailles, are but so many feeble sketches stumped in by the hand of Night. I regret that I passed through Chartres without being able to see its cathedral.Between Vendôme and Château-Regnault, which is pronounced Chtrnô in the language of the postilions, so well imitated by Henri Monnier in his sketch of the "Diligence," there rise a number of well-wooded hills, where the inhabitants dig their houses out of the living rock, and live under ground, after the fashion of the ancient Troglodytes. The stone obtained from these excavations they sell, so that each house thus scooped out produces another en relief, like a plaster figure taken out of a mould, or a tower dragged out of a well. The chimney, which is a long passage hammered through the rock, ends at the surface, so that the smoke ascends from the ground itself in bluish spirals, and without any visible cause, exactly as if it proceeded from a sulphur mine, or from some volcano. A facetious traveller would not experience the slightest difficulty in throwing stones into the omelets of this cryptic population, and the rabbits, if they are ever absent or short-sighted, must certainly fall, very often, all alive, into the saucepans. By constructing houses on this principle, the trouble of going down into the cellar to fetch your wine is entirely avoided.To be continue in this ebook... 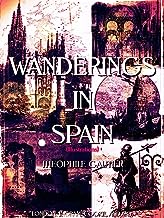