The Daily Telegraph,Martin Smith Sep 18, 2021 The Daily Telegraph,Martin Smith
Whenever an august figure departs the world of cricket, The Daily Telegraph records a decorous tribute. There will certainly be an obituary – in days of yore penned by the doyen of cricket writers, E.W. Swanton, in recent times unafraid to be a lot more whimsical, waspish, and even extremely funny. There will often be an appreciation by one of the paper’s stable of cricket correspondents, such as Derek Pringle, Michael Henderson or Scyld Berry, most likely drawing on their memories of having played against the subject or watched his deeds. And sometimes a hero’s demise will prompt a heartfelt tribute from someone whose only qualification as an elegist is their own eloquence, as John Major displays on Denis Compton and Michael Parkinson on Keith Miller. And those cricket lives deemed worthy of memorialising need not be illustrious Test careers, though all the great names from Bradman to Bedser, Cowdrey to D’Oliviera, are here. They can also be quixotic county mavericks like ‘Bomber’ Wells, self-effacing professionals like Tom Cartwright and Derek Shackleton, or charismatic one-offs like Colin Milburn or the Nawab of Pataudi. They may not even be cricketers, but rather much-loved commentators and broadcasters like Brian Johnston and Christopher Martin-Jenkins, players-turned-umpires like David Shepherd and Bill Alley, or, like the Bishop of Liverpool who previously opened for Sussex and England, have made their name equally elsewhere. Their achievements are often hymned by their peers – Mark Nicholas on his Hampshire team-mate Malcolm Marshall, Tony Lewis on John Arlott, Colin Croft on Alf Valentine, and Simon Hughes on facing the fearsome Sylvester Clarke. Here, then, are more than eighty greats of the game – Australians and South Africans alongside Somerset yeomen and Yorkshire’s finest. For any cricket lover, this little book is an endlessly browsable testament to the sheer richness and variety of the cricketing life. 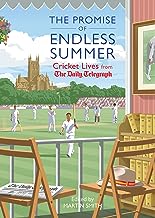